Why You Should Care About the Quantum Computing Race 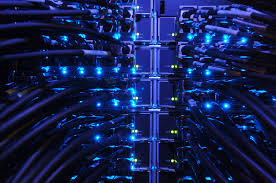 It is predicted that large-scale quantum computers may be in use within the next 10 years.  This will have huge significance for all of us, particularly if the “bad actors” develop quantum technology ahead of the “good guys”.

Quantum processors provide dramatically more computing power than current technology.  With this vast increase in computing power, comes a threat to our current cryptography system; that is the algorithms and keys that allow data or messages to be encrypted and then decrypted as required.  This is the primary reason the first quantum computers need to be developed by friendly parties rather than unfriendly ones. The fate of information technology in this century will depend on who wins this race.

China’s spending on quantum technology is currently nearly 30 to 1 versus that of the United States.  That being said, the U.S. recently announced The National Quantum Initiative Act which proposes spending $1.275 billion over five years for research and development in quantum technology.  Intel, Microsoft, IBM and Google have been developing this technology for a number of years, but until now, the U.S. was the only major country without a comprehensive strategy to win the quantum computing race.

Even with the increased spending announced by the U.S. government, China’s investment still greatly exceeds theirs.  China is building the world’s largest quantum research facility, costing $10 billion, with a 4-million-quare-foot national laboratory.  This should be completed around March 2020.  China is also setting up quantum communication networks to protect against intrusion by today’s computer hackers but also by future quantum computers.

Quantum cybersecurity measures need to be developed to protect our data and networks, so we’re ready when China and others put their own quantum computers to work.  According to Arthur Herman, Senior Fellow at the Hudson Institute and Director of the Quantum Alliance Initiative, quantum computing “… is where the most urgent national security threat ultimately lies.”.

The U.S.’s National Institute of Standards and Technology (NIST) is working on standards for quantum-resistant algorithms, however, this project is not scheduled to be complete until 2034, which is not soon enough, given quantum computers able to easily hack into existing computer systems, may be a reality in a decade.

To learn more about quantum computing read our blog titled:  Quantum Computing; At Once Exciting and Terrifying