Technologies To Impact Our Lives in 2019 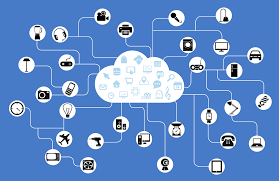 Technology developed swiftly in 2018; some are finding it difficult to believe we’re not in a science fiction novel or film.  Scientists are even working on the invisibility cloak someone you know has always wanted.

In 2019 here are a few technology areas that are likely to be noteworthy.

Computing has experienced astonishing leaps in recent decades and information processing has been elevated to a staggering level in recent years.  Not only significantly faster and with many more capabilities, classical computing today allows our devices to be smaller and more adaptable.  But classical computing is beginning to fade into the past as we enter the revolutionary data age of quantum computing.

Quantum computing has the potential to propel us forward by influencing the realms of artificial intelligence and data analytics.  Some of the most daunting obstacles and issues looming over us today will drift much closer to their solutions if the speed and power of quantum computing is utilized properly and efficiently.

Futurist Ray Kurzweil said that mankind will be able to “expand the scope of our intelligence a billion-fold” and that “the power of computing doubles, on average, every two years.”

The Internet of Things (IoT)

Technology company Cisco, predicts that by 2020,  a staggering 50 billion devices will be connected wirelessly to the Internet via a network of sensors.

Every year cyber threats become increasingly intricate, detrimental, and widespread.  Computer hackers currently attack every 39 seconds according to a study from the University of Maryland.   This year will be more dangerous than 2018 with many challenges concerning cybersecurity in conjunction with physical security.  People, places, and networks risk being harmed by those with a wide array of bad intentions and a new generation of hacking software.  The digital world has become intimately intertwined with most people’s personal and professional lives.  Unfortunately this leaves us vulnerable to both cyber and physical attacks because at this point they have amalgamated to an extent.

Cybersecurity is becoming increasingly important in the current technological climate.  In 2019, both public and private sectors need to quickly adapt to new and increasing threats as thoughtfully and strategically as possible.

Augmented reality, human-computer interface, machine learning, and artificial intelligence (AI) are arising and leaving those who are touched by them in awe.  That being said, fears are lurking and ethical debates are raging about artificial intelligence.  Many are concerned about what might ensue if AI gained the ability to think as well as–or exceed–the thinking capabilities of humans.

Technological advances are allowing us to obtain more data driven information than previously imagined.  To optimally utilize these rapidly evolving technologies we need to be strategic, flexible, resourceful, inventive, and creative.  Most importantly, we must ensure our human minds can keep up.  It’s been estimated that somewhere between 80% to 90% of the planet’s quickly growing digital data, is unstructured.  The use of advanced technology such as artificial intelligence is a necessity to merely attempt to piece together this massive amount of data.

Governments and corporations will proceed with developing the technology and distributing artificial intelligence and machine learning software to millions of graphics and computer processors in 2019.

Could Pinocchio take a substantial step towards becoming a real boy this year?