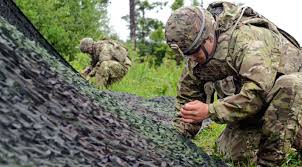 Welcome to the world of smart textiles. It’s the next big thing that will finally get our shirts and pants online!

Believe it or not, big name companies and startups have been experimenting with intelligent fabrics since 2015. The concept of wearing technology and having it do nifty things such as changing colors and enhancing performance is seen as a the way of the future.

Smart textiles are defined as fabric that adds value to the wearer in the form of incorporating new technology. Currently, there are 3 major areas where smart clothing is heading: performance enhancement, aesthetics and connectivity.

Imagine the possibilities of wearing smart clothes. Google has launched its Project Jacquard platform and partnered up with Levi’s to bring consumers the Commuter Trucker Jacket. The denim is fitted in with gesture and touch-sensitive areas along the sleeve, which allows the wearer to access map apps, phone calls and get directions with just one tap. This smart fabric is aimed at urban cyclists, offering added safety and accessibility even while in motion.

Fabrics can be made to gather energy from movement, heat or vibration. A new technology called Ebb is set to change how you choose the colour of your shirt forever. The threads can change colours in response to charges of electricity. As of the moment, the colours change slowly, but it’s only a matter of time before we are able to change our shirts from red to black, change logos and even see your phone messages and missed calls by glancing at the cuff of your shirt.

The beauty and makeup industry can also take advantage of technology to come up with smart cosmetics that will adapt according to the situation. For instance, perfume is released in response to high humidity or sweating. Moisturizers are released when nano-cosmetics detect a dry atmosphere.

Smart textiles are poised to increase the user’s performance and track key metrics. Smart clothing, for instance can make an athlete run faster by minimizing the amount of vibration, curbing wind resistance and regulating body temperature. In military applications, having a smart uniform and equipment could mean the difference between life and death in brutal environments. Industries can certainly make use of protective clothing that wards off radiation and sudden temperature or pressure changes, which means unparalleled safety for their employees.

Having your smart textile play your music is now a thing of the past. Today’s fabrics hold even more potential and promise. It can definitely change how we live our lives!

More information about how smart textiles are changing lives can be found here.