Quantum Computing: At Once Exciting and Terrifying 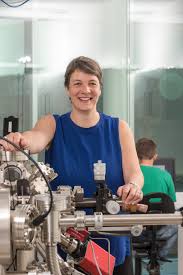 The term Quantum Computing may sound like just another obscure bit of technical jargon that most of us don’t need to know about or understand in our day-to-day lives. Well… we all need to think again as this technology is rapidly advancing and before long will revolutionize a wide range of areas from drug design to national security to financial investments.

On January 25th, British-born physicist Professor Michelle Simmons, won the Australian of the Year title for her pioneering work in quantum physics that will create a new breed of “super computer”. Where ordinary computers perform calculations sequentially, quantum computing will enable computers to do a massive range of calculations simultaneously.  For a further explanation, Prime Minister Justin Trudeau can be seen at a press conference explaining in his terms here.

Quantum computing will allow incredible advancements in medical science, weather predictions, financial investments and artificial intelligence (AI). For example, it could advance the way drugs are designed, removing the need for trial and error, with computers modelling simulations that are not practical at present.  Another example, where database analysis is involved, Quantum computing will allow computers “to solve problems in minutes that otherwise would take thousands of years” says Professor Simmons.  This is through the ability to look at all outcomes at the same time.

As with so many new technology advancements, however, Quantum computing can also be used against us, since this technology will also allow users to easily crack encryption codes. This would make government secrets, bank accounts, credit cards and your email no longer safe.  Oxford University’s department of computer science senior research fellow Dr Jamie Vicary says, “It’s not an overstatement to say that the whole basis of secure communication on the internet would be basically destroyed.”

Billions of dollars are being spent by governments and private companies like IBM and Google into the race for “quantum supremacy” based on the security implications that this technology will bring.  Dr. Vicary says that “…standards agencies and technology companies [need to] really get themselves into gear and change the way the internet operates.”