New Technologies That Will Soon Affect Us All 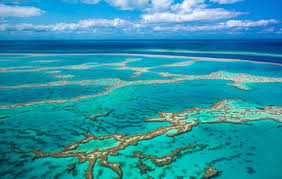 Water shortages and access to clean water are growing problems that are predicted, by 2025, to affect a quarter of the world’s population.  Scientists have learned that how microscopic plankton behaves, is an indicator of many factors including temperature change and chemical pollution levels.  We now have the potential to monitor the behavior of plankton in greater detail than ever before, thanks to Artificial Intelligence (AI) powered autonomous robotic cameras developed by IBM.  Factors affecting water quality and life in our oceans and lakes can be analyzed using real-time data from these cameras.

In order to be able to deploy these cameras on a large scale, they need to be as low-powered as possible.  As a result, they don’t contain complicated mechanical parts, but rather use light sensors to track shadows and movements.

With the passage of goods through many different parties between their production sources and the end consumer, there are ample opportunities for tampering and theft.  Fraud and counterfeiting costs the global economy $600 billion a year.

Technologies called blockchain and crypto-anchors will help to prevent these problems, including ensuring food supply chain security.  Blockchain is a sophisticated manner of recording transactions (currently used in controlling Bitcoin digital currency).  Crypto-anchors are microscopic codes embedded in physical products such that if someone tried to replace the physical item with a similar one, it would be apparent it had been tampered with.  These crypto-anchors serve as “digital fingerprints” ensuring there is a tamper-proof link between the blockchain digital records and the physical products.  This ensures security throughout the journey from production to the end consumer.

Keeping Up with Cyber Criminals

As quantum computers become less expensive and more available, providing virtually unlimited computing power, these will be used by cyber criminals to gain access to your data.  That means data protection technology, cryptography and encryption needs to keep up, to keep the bad guys out.  Essentially, the mathematics need to be so difficult that trying to figure it out with a computer takes an extraordinary length of time.  With quantum computers soon to be a factor, we need to step up these protections.  That’s where “lattices” come in.  These are complex algebraic structures which even quantum computers with capabilities currently only in the theoretical stage, will have great difficulty solving.

It may further be possible to enable computers to process data while that data is still in an encrypted (scrambled) state.  This would eliminate the vulnerability to hackers in existing systems that require data to be decrypted in order to be processed.

One of the visions for Artificial Intelligence (AI) technology is that is will help us make unbiased decisions because it will remove human biases.  Fields of research trying to use AI in the social issue arena or in areas that will affect human lives,  will be able to work on moral and ethical problems in an unbiased way.  That is, of course, if we are careful to train AI software such that it accurately reflects reality.  If, on the other hand, data used to train the AI system is biased or compromised, the results of the research won’t likely match the real world.

The Future of Quantum Computing

Quantum computers are currently in use but only as a research toy at this point.  The prediction is that in as little as 5 years, quantum computers will be in practical use solving problems in many disciplines and industries.  According to Jeff Welser, vice president and lab director at IBM Research, “The most likely area is things like quantum chemistry – simulations of things like molecules or chemical bonds.  Right now, we use very large high-performance computing systems but even with those, once we go beyond simulating a few molecules or atoms it becomes very difficult because there are too many variables. And of course, as we are working at the sub-atomic level those are quantum variables. They can be simulated very directly with a quantum computer.”

Those looking for careers in any scientific field will need an understanding of quantum computing.  University programs will be providing the practical experience of conducting experiments on quantum powered machines.

To provide some perspective, quantum computing will allow computers “to solve problems in minutes that otherwise would take thousands of years” says physicist Professor Michelle Simmons.  For more reading on quantum computing, visit our Blog: Quantum Computing: At Once Exciting and Terrifying.