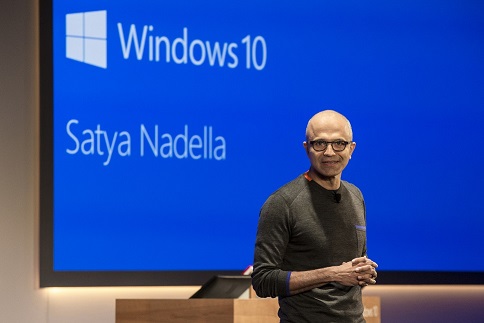 Last week, a number of tech announcements were made including Microsoft’s first desktop PC called the Surface Studio. What sets it apart from the average all-in-one PC is its interactive 28-inch screen which can fold down to transform into a drawing board. The touch sensitive display can be manipulated with your hands or a stylus and has a hinge to adjust the position in order to write and draw more naturally on the screen. The Surface Studio is aimed towards the creative professional such as designers, animators and illustrators. “This is a product that we believe truly brings out the creator in all of us,” said Panos Panay, a Microsoft corporate vice president. In addition, Microsoft unveiled an accompanying Bluetooth-powered device called the Surface Dial which is designed as a new way to control a computer. It sits directly on the touchscreen to generate a radial menu for shortcuts, controls, drawing tools and other features. It will even work with third-party services such as if a user wanted to adjust the volume on a music application like Spotify or Pandora. The Surface Dial can also be used to scroll through a browser, and edit, rotate or manipulate objects in editing software. Microsoft also announced a Windows 10 Creators update as a response to the increasing interest in 3D imagery technologies like virtual reality. The update is designed to ease the process of creating, manipulating and viewing 3D objects. Watch the video below for a demonstration of the Surface Studio: