Imagine Machines Repairing the Body from the Inside 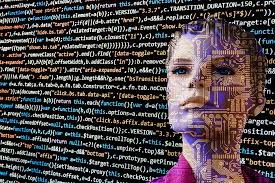 Soon, human beings could be injected with small artificially intelligent (AI) machines that will help repair their bodies from the inside, plus control their external world through thought.u00a0 It is expected this technology will be in place within 20 years, and be used to fix muscles, bones and cells; perhaps even augment them.u00a0 It will aim at spotting abnormalities in your body cells like cancer, and destroying them.u00a0 It is also anticipated that the micro-technology will boost your brain with cutting-edge computer technology so that people can, for instance, control their homes using just their minds, according to senior IBM innovator John McNamara. He has further proposed that scientists will discover a way to meld people and machines, creating a cyborg-style being.u00a0 u00a0

According to McNamara, u201cBeyond this, utilising technology which is already being explored today, we see the creation of technology that can meld the biological with the technological, and so be able to enhance human cognitive capability directly, as well as being able to utilise vast quantities of computing power to augment our own thought processes.u201du00a0

u201cUsing this technology, embedded in ourselves and in our surroundings, we will begin to be able to control our environment with thought and gestures alone.u201d

Experts have previously predicted that humans could merge with machines to become an elite race of cyborgs; surely an intriguing thought to those science fiction fans out there.u00a0

According to Professor Brian Greene, a theoretical physicist at Columbia University in New York City, this technology could help us solve the mysteries of the universe. He says, u201cI guess my feeling is there are certain chapters in the story of physics we will complete.u201d

Thereu2019s plenty of food for thought here, including excitement about our future prospects for fighting disease and the aging process.u00a0 When considering the melding of humans and machines, one canu2019t help but be concerned about ethical and security considerationsu2026. as if the world isnu2019t complicated enough!