Highway of the Future: Electric Cars Powered by Electric Roads 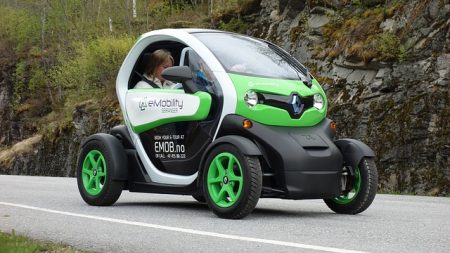 Imagine if electric cars could recharge while driving along the highway instead of having to stop and plug in when the battery is running low. Researchers at Qualcomm, ElectRoad, and Stanford University are working on making this highway of the future a possibility. At Qualcomm, researchers have tested a 100-meter wired road outside of Paris. The tested road contains metal coils that are implanted into the asphalt, which creates an electromagnetic field to transmit energy that will charge the car’s battery. The wired road could transmit 20 kilowatts of energy to electric cars that were traveling 120 km/h. ElectRoad is a start-up based in Israel that has also had successful test results with their 25-meter dynamic charging road. In May 2017, they announced a partnership with the city of Tel Aviv to test the technology along public transportation routes to find out how it holds up to outside factors such as traffic and weather. Additionally, a Stanford University research team is working on developing similar technology in hopes of creating a completely electric highway in the future. According to Professor Shanhui Fan who is the senior author of the study, “In theory, one could drive for an unlimited amount of time without having to stop to recharge. The hope is that you’ll be able to charge your electric car while you’re driving down the highway. A coil in the bottom of the vehicle could receive electricity from a series of coils connected to an electric current embedded in the road.” Another potential alternative for recharging electric cars is to have dynamic charging systems at stoplights or intersections where they can be recharged while they wait. If dynamic charging systems become more widespread, car manufacturers will be able to make smaller and lighter batteries. Isn’t it hopeful to see these inventive minds working to address such critical problems as our dependence on fossil fuels and their effect on global warming!