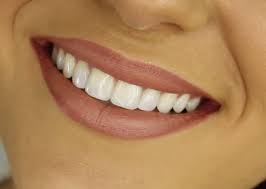 Imagine controlling your electronic devices without the need for hands, voice or a mouse.  Then imagine the impact this could have for millions of people with disabilities affecting use of their hands and even their ability to speak clearly, or at all.

A company called Perceptive Devices, specializing in hands-free and voice-free electronic devices, has partnered with Tobii Dynavox, a company offering eye tracking devices, to develop new hands-free and voice-free control technology.  Together, they have developed products capable of being controlled by head mouse and gesture control technology.  Using only eye gazes, smiles and gestures, one can point, click, drag and scroll.

“Our technology can be very useful to millions of people around the world who experience difficulties in using their hands due to disabilities such as spinal cord injury, stroke, multiple sclerosis, ALS, cerebral palsy and carpal tunnel syndrome,” says Uday Parshionikar, founder and CEO of Perceptive Devices. “Pairing our facial expressions based head mouse control with Tobii’s gold standard eye tracking technology is a match made in heaven for users looking for a simple yet powerful hands-free and voice-free control solution.”

Tobii Dynavox is a subsidiary of Swedish technology company Tobii AB.  They manufacture a range of products designed for control by eye movement or touchscreen for users with special needs.

For devices running Microsoft Windows 7 or newer, a 14-day free trial of Smyle Mouse can be downloaded at:  https://smylemouse.com.

PrevPreviousRansomware Attacks to Ramp Up in 2018
NextAre You Master of Your Domain?Next