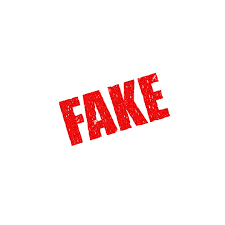 The ability to produce fake or altered video and audio productions is called Deepfake technology.  This is because it uses what is called deep computer learning in order to accomplish these convincing fakes.  As if other malicious methods to breach your data weren’t enough, this is yet another means that cybercriminals will have increasingly at their disposal. With some computer savvy, deepfake technology production is possible for anyone. This technology is advancing more rapidly than governments’ and tech companies’ ability to detect and combat it.

An example of an altered video is this one, where Jennifer Lawrence is shown giving a speech with Steve Buscemi’s face.    It’s easy to target public figures like these since there is so much available online of their person and their voice.  Experts say it won’t be long, however, before cyber criminals are equipped to target businesses.  An incident was recently mentioned by Jeff Greene, Symantec’s vice president of global government affairs and policy.  A finance executive received a convincing urgent voice mail from his boss, ordering a money wire transfer.  It turned out to be a fake audio message.

The Next Major Security Threat

We know to be suspicious of email links and attachments, but we’re moving to a new era where even voicemail needs to be treated with suspicion.  Some anticipate that synthetic audio attacks will be the next major security threat.

Fake videos also have the potential to do tremendous harm, undermining elections and weakening our democracy.  U.S. Senator Marco Rubio had this to say: “In the old days, if you wanted to threaten the United States, you needed 10 aircraft carriers, and nuclear weapons, and long range missiles… and increasingly, all you need is the ability to produce a very realistic fake video that could undermine our elections, that could throw our country into tremendous crisis internally and weaken us deeply.”

Whether it’s video or audio content, don’t accept it as fact, especially if something doesn’t seem quite right. Be sure to research and check the source.  Businesses and consumers both need to be constantly wary of misinformation and fraud.  Welcome to the future.

If you are concerned about protecting your organization against cyber security threats, learn about BSC Solutions Group’s strategies for small and medium businesses here.