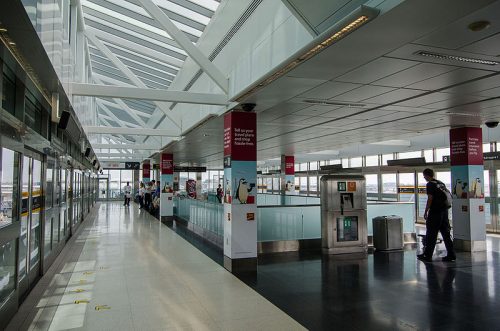 By Jeff Hitchcock (https://www.flickr.com/photos/arbron/22588040804/) [CC BY 2.0 (https://creativecommons.org/licenses/by/2.0)], via Wikimedia Commons
You will soon find self-service border clearance kiosks using facial recognition technology at major Canadian airports including Toronto Pearson, Quebec City Jean Lesage, Ottawa Macdonald-Cartier and Vancouver International. The facial recognition technology compares a traveller’s face with the image on the passport. The images are not kept in their system unless the two images do not match. For those travelling under NEXUS, the kiosk will be able to capture iris data. The facial recognition technology is part of a new traveller screening program developed by Canada Border Services Agency (CBSA) who aims to update and streamline clearance procedures at Canadian airports. CBSA also hopes this will decrease the number of traveller interviews with border agents at the initial inspection in order to reduce wait times. Toronto, Quebec City and Ottawa will be installing 130 self-service border clearance kiosks beginning in May through a company called Vision-Box. Vancouver International has its own development team called Borderxpress technology who is working on their own self-service kiosk.