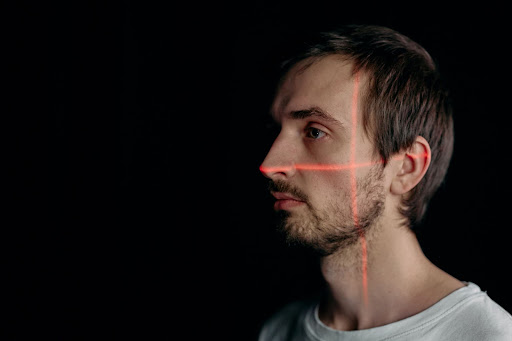 Facial recognition technology is now an integral part of our lives and offers many benefits.  Some of those include identifying criminals, finding missing people, reducing shoplifting, enhancing security at banks and airports and reducing touchpoints.

There are, however, significant downsides to utilizing facial recognition technology. The Ada Lovelace Institute recently commissioned an independent legal review in this area.  It concluded that new laws need to be urgently put in place restricting the use of biometric data in both the public and private sector.

Many individuals may not be comfortable with the idea that their faces have been recorded and might be saved for an unknown purpose. Many may also dislike the idea that they are being watched and perhaps judged for their behaviour.

Threat to Personal Freedom and Rights

There could be many examples of how this technology might threaten your personal freedom and rights. In the area of policing, for instance, one could record the appearance of innocent people and use that data to run a virtual criminal lineup.  This would be like treating you as a suspected criminal without probable cause.

Another danger is that this technology might be used to identify people of a particular race or ethnic origin for nefarious reasons.  Such tactics have allegedly already been used by some Chinese firms.

Identity fraud is a major issue and facial scan data obtained via a cyber breach could allow a cybercriminal yet another means of accessing further personal information in order to defraud their victim.

Besides fraud, bad actors could use this technology to stalk or harass victims.  Image searches could be conducted from a picture taken in a public place, in order to obtain details about their victims.

Because facial recognition technology is far from perfect, innocent people might be charged for a crime where they are improperly identified.  Perhaps they look like someone who is listed in a database of shoplifters.  They might be arrested or at least have their reputation damaged.

Facial recognition technology is clearly here to stay.  It is now a matter of reining it in with new laws and improvements in the technology itself.

If you are seeking answers on how best to protect your organization from cyberattack, BSC Solutions Group’s cybersecurity experts would be happy to provide guidance and solutions.  Reach out and let’s start a conversation.