Don’t Buy a Business Phone System Until You Do This 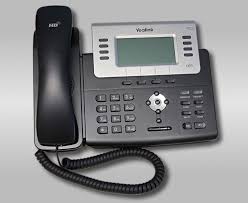 If you are or might soon be in the market for a new business phone system, there is one step in the process you should not overlook.  What is that critical step?  Consult with your IT support people about how the system you are considering will integrate with and impact your computer network.  Not doing so often results in installation and performance issues, plus unanticipated costs.

The first issue is that phone system installers, in our experience, see their project as an isolated one.  They don’t give much if any consideration to the requirements or demands their system will make on the customer’s computer network.  They seldom have expertise in the computer networking area so prefer not to get involved.  Their mission is to install the system and move on.

Given modern business phone system traffic is typically traveling through your local data network on those blue Ethernet cables, that means there is an increased load on your Ethernet network.  Once you have perhaps 30-40 office staff using the phone system, the load will become significant enough to affect your data traffic.  This is when you need to start separating your local voice and data traffic with separate Ethernet runs to each desk (if this isn’t already in place).  If you now have the unexpected cost of running new Ethernet cables throughout the office, your phone system expense will have increased significantly. Having said this, even with a lower staff count, the ideal scenario is to have separate Ethernet connections for your phones and computers.  This is preferable to daisy-chaining your phone and computer onto one cable.  The problem is, if your phone has issues, your computer will also be affected.

The other issue we see is that business phone system installers rarely discuss the increased voice traffic load that will be placed on the customer’s Internet connection.  Once the phone system is in use, the customer often experiences slower Internet connectivity and phone calls get dropped or are poor quality.  That’s because there is now too much load on the Internet circuit and there is no preference being given to voice versus data traffic.  Best practice is to have a separate Internet connection and separate firewall for your voice versus Internet traffic.  This is where further unexpected costs can come in.  Now there’s a firewall to purchase, added installation fees and an additional monthly fee for another Internet connection.

The moral of the story is, consult with your IT professionals before simply moving forward with a business phone system purchase to avoid some unpleasant surprises later on.

If you’re shopping for a business phone system and need assistance evaluating your computer network needs to best accommodate that new system, contact us today.