Controlling Computers with the Human Mind 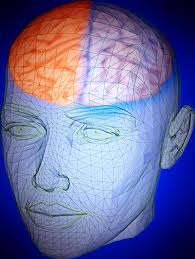 Technology is being developed by researchers that has the ability to transfer data between our brains and computers. The amalgamation of computers with the human mind is a revolutionary phenomenon that may soon become our new reality. With these recent developments, the computers even have the power to read our minds.

This specific type of fascinating research began not in recent years, but back in the 1970s, when the Defense Advanced Research Projects Agency funded computer-brain interface research.  By 2022, the market for this type of technology is expected to reach a value of 1.72 billion, according to Grand View Research.

Tech giants such as Facebook and Elon Musk have begun to enter the market, but others are already channelling their work into action. New research consistently flowing out of MIT, The University of California, and other prominent schools is aiding the progression of this technology. A wristband was created by CTRL Labs recently that allows a person to control a computer by measuring the electrical pulses from one’s brain to the neurons in their arm.

Transmitting complex thoughts into data through a computer has the potential to take decades, but there are some brilliant minds working hard on this as we speak. A prominent and impressive researcher in this field of science is sixteen year old Alex Pinkerton.  Alex was initially inspired at a young age by his own father, who works on clean energy.  Alex decided he wanted to begin to learn about and work with graphene; used for many important things, graphene is also what led young Alex to develop an early version of a brain-computer interface.

Alex Pinkerton is currently the CEO and co-founder of Brane Interface, which as its name implies, has the primary purpose of creating a highly effective brain-computer interface. He works with graphene often in his father’s lab to progress his research. He is roughly halfway finished creating an earbud sized brain-computer interface that will be able to process the level of human thought required to complete tasks, such as controlling one’s smartphone, or, more importantly, controlling prosthesis.

With the help of bright minds young and old, many people in need may soon be liberated from the obstacles preventing them from living their lives to the fullest.