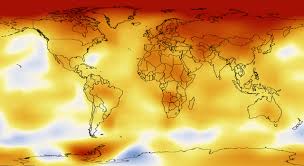 When contemplating where our computational technology is going, the adage u201cJust because you can, doesnu2019t mean you should,u201d comes to mind.u00a0 There are many types of dangers relating to the increasing digitization of our world, that activists, journalists and scholars are drawing our attention to. u00a0The environmental risk to our planet is one of those.u00a0 Evidence of the damage that global warming is causing is all around us.u00a0 July of this year was the hottest month on record.u00a0

Cloud computing, which takes place in data centres all over the world, uses a tremendous amount of electricity.u00a0 Much of this electricity comes from the burning of fossil fuels.u00a0u00a0 Machine learning, conducted in those data centres, requires very large quantities of data. Processing that data requires a great deal of power, meaning they have a large carbon footprint.u00a0 A team at the University of Massachusetts, Amherst, described in a recent paper, just how much carbon dioxide weu2019re talking about.u00a0 In order to create u201cvirtual assistantsu201d like Alexa, that can understand natural language, as much as 626,155 lb of carbon dioxide can be emitted.u00a0 Thatu2019s about equivalent to the carbon dioxide generated by flying 125 times roundtrip between New York and Beijing.u00a0

The growing desire for more data in all areas of our lives, is moving us towards digitizing everything.u00a0 With the help of machine learning, patterns can be detected which help governments and corporations make decisions.u00a0 Worldwide data centres currently use about the same amount of power per year as does South Africa u2013 200 terawatt hours.u00a0 A Huawei researcher predicts that number will likely increase 4 or 5-fold by 2030.u00a0 At that point, data centre power consumption will be on par with Japan; currently the fourth largest consumer of energy worldwide.u00a0

The good news is that data centres have been turning to renewable energy sources.u00a0 Improved efficiencies have also been achieved to help lower energy consumption.u00a0 Tech workers are even helping to push the goal towards a u201cgreeneru201d future.u00a0 Amazon employees, for instance, participated in the September 20, 2019 global walkout.u00a0 Their demands of Amazon include a commitment for zero emissions by 2030 and to no longer sell cloud services to fossil fuel companies.u00a0

But letu2019s get back to the ever-increasing demand for more data.u00a0 We are fed a constant diet of the bright future the advancement of Artificial Intelligence (AI) will bring.u00a0 Letu2019s consider the downside.u00a0 Building more computers in itself requires more energy, as will the increased power demands of more and larger data centres. u00a0This is counter-productive to our goal of not heating our planet any further. u00a0In addition, letu2019s u00a0not forget that AI is allowing governments, corporations, advertisers, and even cyber criminals to learn more about us than we would like and thus to gain more control over us.u00a0 Should we not be chasing ecological and social goals first, before anything else?u00a0 Should we pursue the advancement of AI, if it is against the common good?u00a0 This takes us back to my original adage, u201cJust because you can, doesnu2019t mean you should.u201d

Meeting the worldu2019s carbon emission goals is not an option.u00a0 It is a necessity if humankind is to continue on this planet much longer. A plan for reining-in the digitization of our world needs to be a component of achieving these goals.

-blog inspired by a submission in the International Edition of The Guardian, by columnist Ben Tarnoff, entitled u201cTo decarbonize we must decomputerize: why we need a Luddite revolutionu201d–