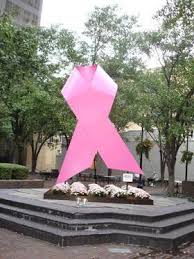 The use of a technology similar to what powers a smartphone’s speech and facial recognition has been meaningfully expanded by researchers at the University of North Carolina Lineberger Comprehensive Cancer Center. They have trained a computer to examine images of breast cancer tumors and then classify the tumors with considerable accuracy.

Researchers reported in a study published in NPJ Breast Cancer that they trained a computer to identify specific qualities of breast cancer tumors with images, as well as the tumor type—which cannot yet be identified by a pathologist with a mere picture.  To train this computer, a form of artificial intelligence called machine learning was used, (also known as deep learning).  They assert this could produce cost saving benefits for clinics and breast cancer research.  Thousands of dollars are currently spent measuring biomarkers using molecular tools.

To conduct the study, software was created that was capable of learning how to predict labels from images, allowing new images to be processed in like manner.  Researchers utilized 571 breast cancer tumor images to train the computer to classify tumors for grade, status, subtypes, and risk of recurrence.

The researchers then used 288 images differing from the initial ones shown, to assess the computer’s ability to discern features of the tumor on its own.  The computer’s responses were contrasted with the pathologist’s findings for each tumor’s grade and subtype.  They discovered that 82% of the time the computer was able to distinguish low-intermediate versus high-grade tumors.  Two pathologists then reviewed the tumor grade for the low-intermediate group and they agreed with each other roughly 89% of the time—slightly higher than the accuracy of the computer.

The studies produced results revealing that the computer is near or equivalent in accuracy to pathologists at several things, but it can also do a couple of things that those human experts are not yet able to do.  If you provide the computer with enough labeled data, they can learn concepts that are much more complex than humans can assess visually.

The hope and expectation is that the current technology will improve even beyond this already impressive scale.