Computer That Can Smell Explosives 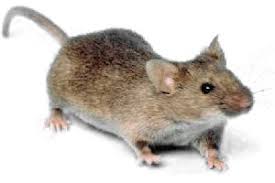 Believe it or not, there’s now a computer that can smell and it’s called the Koniku Kore. In the future, this device could singlehandedly replace traditional methods of security and make our lives better. Oshi Agabi recently unveiled the marvelous construct during the TEDGlobal Conference in Tanzania. The single most notable difference in this computer is that it’s not just made of silicon, but also includes mice neurons. How’s that for the evolution of Artificial Intelligence (AI)? This cutting-edge project by Mr. Agabi, seeks to explore the biological potential of our brains and how it beats out processors in certain cognitive functions such as smell.  Koniku was launched more than a year ago and started with funding of a million dollars, and has long since recouped the costs and made profit due to deals made largely with the security industry.

But what is Koniku Kore made of, exactly? An amalgam of silicon and living neurons, with an artificial “nose” that can be programmed to recognize and detect smells. Mr. Agabi has explained that the olfactory aspect of the device can be given directions on what to “smell”, and in this case, explosives. Koniku Kore can eliminate the need for long lines passing through airport security as the compact device can be used discreetly at various strategic points.

The potential application of this piece of technology is enormous.  It can, for instance, be programmed to detect certain illnesses by sensing unique air molecule markers that the individual gives off.  As of this moment, the biggest challenge is keeping the neurons alive. The prototype device was shown during the TED Conference, but there are still bumps that need to be smoothed out.  Mr. Agabi believes that neuron-based synthetic intelligence is the future of processors.  Elon Musk himself seemed to echo this sentiment when he unveiled the Neuralink, a project that seeks to bridge the connection between artificial intelligence and the human brain via a neural lace. It makes total sense, as science continues to uncover the many mysteries surrounding the brain.  Koniku Kore has raised some interest within the neuro and bio-engineering fields. Professor John Donoghue, who is the head of the Wyss Centre in Geneva, states that Mr. Agabi’s work is forward-thinking. The professor says that silicon-based computers are quick but they aren’t so smart, while neuron-based devices are slow-thinkers but are more intelligent.

The only problem now is how the scientists will be able to keep the neurons alive and happy. Any suggestions?