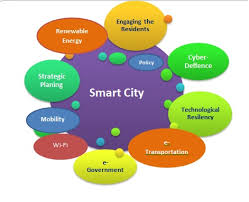 As innovation continues its march into the future, many wealthy individuals and professional investors are looking for ways to build a ‘smart city’ from the ground up that can fully incorporate all that modern technology has to offer.

According to NBC News, Bill Gates is the most prominent name behind one of these ‘smart cities’ currently being planned in an open area of Arizona near Phoenix. Developers have promised that the new city, proposed to be named Belmont, will bring like-minded people together in an attempt to build an infrastructure based on cutting edge technology, data centers, high-speed networks, manufacturing methods, and autonomous vehicles and logistics hubs. Arizona has had a good track record with embracing new technology. Their openness has already lured such companies as Uber, Waymo, and Intel which all have testing sites in the state.

CNN highlights the fact that Cascade Investment, an investment firm owned by Gates, has put 80 million dollars into the project so far and they are envisioning the city to eventually rival the size of Tempe, Arizona which has a population of 182,000 people. Starting from scratch, they argue, will be much more cost-efficient and less complicated than trying to reinvent an existing town. This method allows the developers to decide where commercial, industrial, and residential space will be from the beginning, how they will connect, and work to improve the quality of life for the people who live and work there.

These types of projects have become more popular as of late and other big names, such as Google, have committed their own funds to projects in other parts of North America with a similar goal of recreating a city that takes full advantage of modern advancements in technology. Perhaps the most significant recent announcement, a 500 billion dollar pledge from Saudi Arabia for a metropolis spanning three countries, shows that many companies and nations are getting serious about creating their own technological utopias.