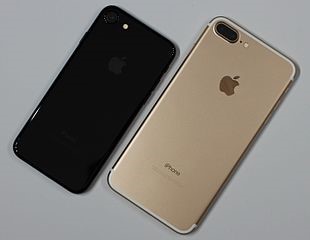 Reports have detailed that Apple is testing 3D face scanning as a replacement for the fingerprint scanner for the upcoming iPhone 8 that marks the 10th anniversary of the iPhone. This signals a move away from a physical home button and Touch ID, a feature that has been part of iPhones since late 2013 with the introduction of the iPhone 5S. Apple is testing an improved security system that allows users to log in, authenticate payments and launch secure apps with facial and iris recognition. This feature is powered by a new 3D sensor that boasts high speed and accuracy, which is said to work in a few hundred milliseconds, that will be more secure than the fingerprint scanner. The 3D scanner advances phone-based facial and iris recognition technology. In comparison to the Samsung Galaxy S8 which only uses 2D facial and iris scanning, 3D scanning technology uses more data points making it more difficult to fool the scanner. The 3D face scanner will be able to work even if the device is laying flat on a table. For the 10th anniversary of the iPhone, Apple is looking to feature a new glass casing, steel edges and a larger display that fits into a smaller phone body with the removal of the home button. The upcoming iPhone plans to use an OLED screen, which produces crisper colours, and a faster processor. Other areas of testing include additional gestures (such as swiping across the screen to launch actions), augmented reality capabilities, and the ARKit (a software platform for developers to make augmented reality iPhone apps).