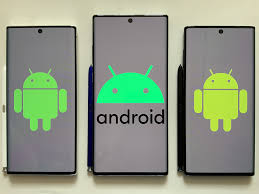 If you’re running Android version 8, 9, or 10, you will still be receiving security updates from Google.  If, however, you are running version 7 or older, vital security updates are no longer being sent.  This leaves your device vulnerable to attack from malware or other security flaws.  If you’re using this device for business activity, connecting to business email and your corporate network, this malware could then spread to your company systems and cause all sorts of damage.

A U.K.-based consumer watchdog group asked some security experts to attempt attacks on some version 7 or older smartphones they purchased.  They were able to infect all of them with multiple types of malware.

A second issue with Android 7 and older versions, is that beginning Sept. 1, 2021, these devices will no longer be able to connect to many websites.  That’s because over a billion websites use a common security certificate (Let’s Encrypt Secure-Socket Layer (SSL)/Transport Layer Security (TLS) certificate) that will no longer work with Android devices as of that date.  Most other operating systems will not have this problem.  If you’re still using one of these older Android phones by September of next year, visiting a such a website will either give you an error message asking if you still want to go to the site, or you won’t be able to access the website at all.

Our advice is to upgrade your phone operating system as soon as possible, if that’s an option.  Otherwise, put a new one on your Christmas list, if you can’t afford to buy one right away.  The best bet for an Android smartphone which keeps the most up-to-date is a Google Pixel phone, or as a next choice, Samsung phones.

If you need assistance identifying the version of Android running on our phone, feel free to reach out to the BSC technical team and we can assist you to figure out the steps on your specific phone.